Languages in the clinic

In the south of Hamburg, patients can expect a particularly gentle treatment of abdominal wall hernias at the renowned Hernia Center of the Wilhelmsburg Hospital Groß-Sand: The team led by Dr. med. Wolfgang Reinpold has developed its own surgical method! With the experienced hernia specialist Dr. Reinpold, the center is managed by none other than the President of the German Hernia Society. No wonder that patients from all over the world come here for treatment.

With Dr. Wolfgang Reinpold, the Groß-Sand Hospital has scored a real coup that has attracted a great deal of attention not only in northern Germany: Since 2014, the chief physician has presided over the German Hernia Society as president, and he is also co-founder of the renowned Hernia Days and the German Hernia School, which in turn has launched the now internationally renowned "Hernia Compact Course".

So it was quite fitting that Dr. Reinpold took over the position of conference president at the "41st Annual Congress of the European Hernia Society" in September 2019. This is the largest special congress for hernia and abdominal wall surgery in 2019 - worldwide.

As an expert in hernia surgery, Dr. Reinpold and his team can not only look back on many years of surgical treatment of patients with inguinal and abdominal wall hernias - he has also set standards in the development of surgeries.

Under his guidance, a special surgical procedure for umbilical, abdominal wall and incisional hernias was developed in Hamburg-Wilhelmsburg: the MILOS surgery. With this worldwide novelty Dr. Wolfgang Reinpold and his team have gained international attention: MILOS stands for "minimally open sublay", an extremely successful minimally invasive method with plastic nets outside the abdominal cavity.

The method is based on not placing the net inside the abdominal cavity as usual. This innovative trick optimally protects the sensitive area, which in turn avoids complications such as foreign body reactions or adhesions.

The experiences gained with the MILOS surgery at the Hernia Center of the Wilhelmsburg Hospital Groß-Sand are extremely good. Because of these first-class results, which were also documented by the Herniamed quality assurance study, the specially developed procedure is used as a standard in the clinic for abdominal wall and incisional hernias: The Herniamed registration study certifies that significantly less complications occur after a MILOS surgery than after conventional procedures. According to the study, acute or chronic pain was also significantly less common. In the meantime, Dr. Reinpold and his competent team have already performed more than 2500 endoscopic and endoscopically assisted MILOS surgeries.

The team around Dr. Reinpold in Hamburg also uses minimally invasive procedures for inguinal hernias. Here, too, a significant reduction of complications is achieved. Also, state-of-the-art implants contribute to the uncomplicated, permanent healing.

As a rule, patients are initially examined after one year and then after five years in order to monitor the success of the healing process on the basis of certain quality criteria. Even after ten years, another examination is scheduled at the Hernia Center.

Dr. Reinpold: "Avoid recurring hernias as much as possible."

In the south of the metropolis, plastic nets are also used beyond the MILOS procedure. In order to avoid recurring hernias as much as possible, Dr. Reinpold and his team use these plastic nets primarily for inguinal hernias in order to close the hernial orifice permanently. Another procedure for inguinal hernias that Dr. Reinpold favors, depending on the hernia, is the TAPP surgery - a special endoscopic procedure that has long since become routine in the Hernia Center.

However, the department for hernia surgery at the Wilhelmsburg Hospital Groß-Sand also has other treatment specialties to offer in which it underscores its leading position far beyond the region. These include surgeries for incisional or umbilical hernia as well as diaphragmatic hernia, femoral hernia and other hernias.

Whatever surgery is chosen for a hernia - the comprehensive care of the patients is important. From the initial consultation to the discharge as a healed person, the team around Dr. Reinpold always attaches great importance to responding to personal wishes and listening.

Not only empathy but also humanity plays an important role for Dr. Wolfgang Reinpold. The team regularly carries out humanitarian hernia missions, mainly to Latin American and African countries. In Tanzania alone, Dr. Reinpold and his team operated a total of 56 hernia cases in a single week - free of charge, of course.

Thus, the Hamburg-Wilhelmsburg Hernia Center at the Wilhelmsburg Hospital Groß-Sand is a role model in many respects. As the largest specialized center of its kind in the cosmopolitan city, it also ranks among the top centers nationwide for the treatment of hernias. Around a thousand patients alone are operated on here year after year - with outstanding medical quality and an extremely low complication rate.

That pays off: The Hernia Center was certified as a Reference Center for Hernia Surgery. Anything else would be a surprise if you had the president of the German Hernia Society as chief physician and director - a real figurehead of the entire hospital! 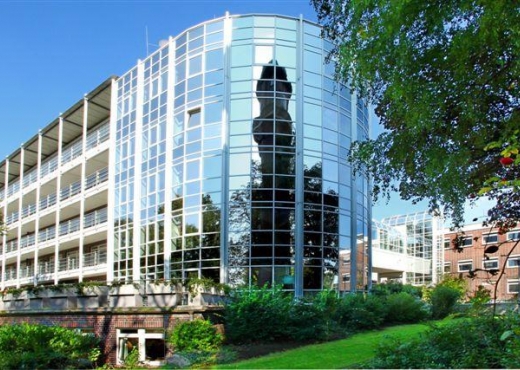 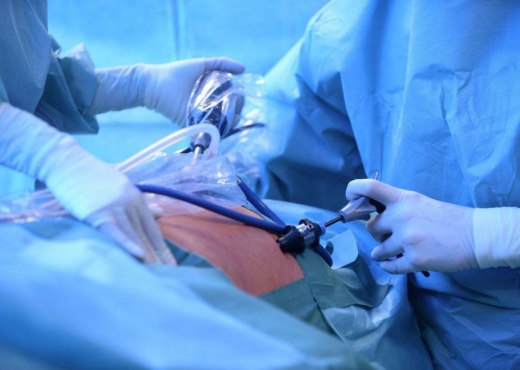 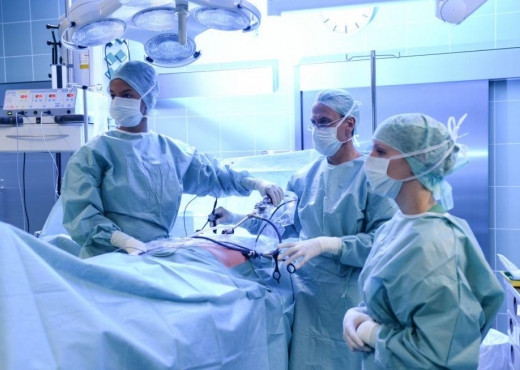 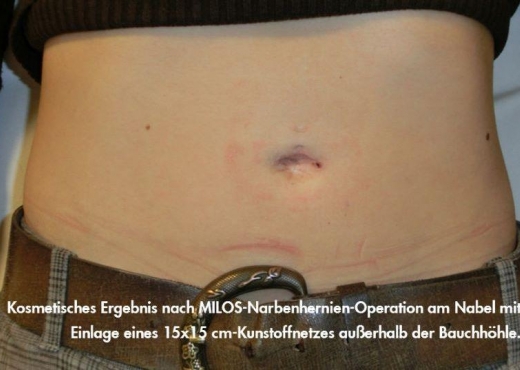